The Carters EVERYTHING IS LOVE track-by-track guide 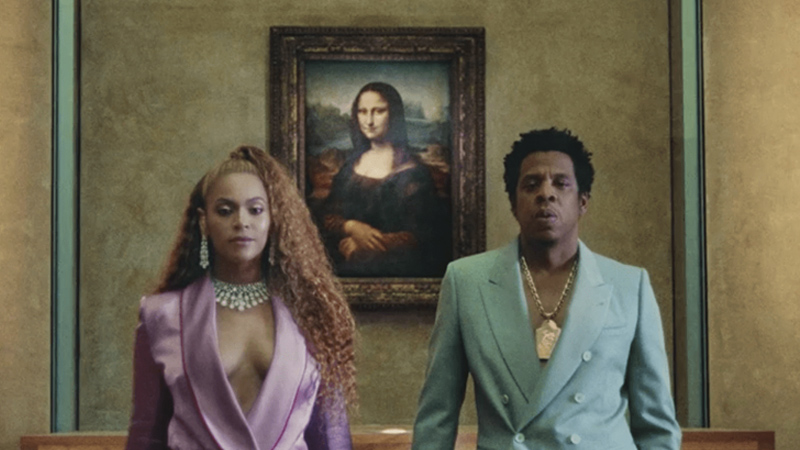 It started just like any other Saturday. And then the world changed.

On Saturday June 16, 2018, Beyonce and Jay-Z released their long-rumored, much-anticipated joint album titled EVERYTHING IS LOVE. Too excited to process it? Here’s your track-by-track guide to the Carters’ first official collaborative album.

The album opens with this laid-back groove over a dreamy track and the most Beyonce-sounding lyric ever: “Let’s make love in the summertiiiiiiime!” The opening number sets the tone and paints the picture of chill summer evenings with champagne and weed smoke, prompting moments of reflection from Jay about how far he has come.

Released as the first official single from the album, “Apeshit” may be the summer smash anthem we’ve been waiting for. The track was produced by Pharrell Williams and features an instantly-iconic music video the Carters shot at the Louvre in Paris. The insanely catchy uptempo features guest vocals from Migos and is tailor made for summertime turnt up moments.

If Lemonade was about how the Carters are a real couple with real problems just like the rest of us, Everything Is Love is about how they’re a couple we should all aspire to be. And hey, they’re massively successful and have an consistently cohesive and fruitful working relationship, even if at times the bragging elicits an eye-roll or two. “Boss” might be one of their most cocky moments, but still includes classic lines from Beyonce like “My great great grandchildren already rich/ That’s a lotta brown children on your Forbes list.”

Jay takes the lead on this one on another Pharrell-produced beat with a catchy hook: “I can do anythiiiing…. hell nah, hell nah, hell nah, hell nah.” Later, Beyonce weighs in on the streaming wars and her loyalty to the Tidal service. “Patiently waiting for my demise ‘cause my success can’t be quantified / If I gave two fucks about streaming numbers woulda put Lemonade up on Spotify.”

Produced by Cool & Dre, 808-Ray, along with Bey and Jay, 713 is a nod to Beyonce’s hometown of Houston. Though the Carters now reside in Bel-Air, Beyonce was very active in the relief efforts following Hurricane Harvey, making a massive personal donation and urging others to pitch in: “During a time where it’s impossible to watch the news without seeing violence or racism in this country, just when you think it couldn’t possibly get worse, natural disasters take precious life, do massive damage and forever change lives, leaving behind contaminated water, flooded hospitals, schools and nursing homes,” Beyonce said at the time.

Here on one of the album highlights, Bey and Jay reveal how their close circle of friends hold them down and keep them grounded over a grimy hip-hop beat that KNOCKS! Bey spits like an accomplished MC before ending on impressively intricate vocal runs. The hook will get stuck in your head instantly as you find yourself singing along:”Gon pull me up, pull me up, don’t ever let me drown.”

Another album highlight and potential single, “Heard About Us” challenges what you thought you knew about The Carters. “No need to ask you heard about us, watch your mouth when you around us,” Beyonce warns. Then the beat drops, and you’ll catch yourself dancing around the house to this one on repeat.

The Carters are often referred to as black royalty, and on this track they reflect on their role as leaders of black culture. Jay makes mention of the documentary about Kalief Browder, an innocent black man who at only 16 years old was falsely accused of theft and imprisoned on Rikers Island for three years with time in solitary confinement. He was abused in jail and suffered mental trauma that ended in his own suicide in 2015. Having executive produced The Kalief Browder Story doc, Jay mentions a Trayvon Martin documentary on the way, making it clear that he takes his responsibility seriously.

On the album’s closing track, the Carters get candid about the Jay’s infamous infidelity that sparked the 2016 Lemonade album.

Beyonce: Yeah, you fucked up the first stone, we had to get remarried

Beyonce: We keepin’ it real with these people, right?

Lucky I ain’t kill you when I met that b-

Jay: Y’all know how I met her, we broke up and got back together

To get her back, I had to sweat her