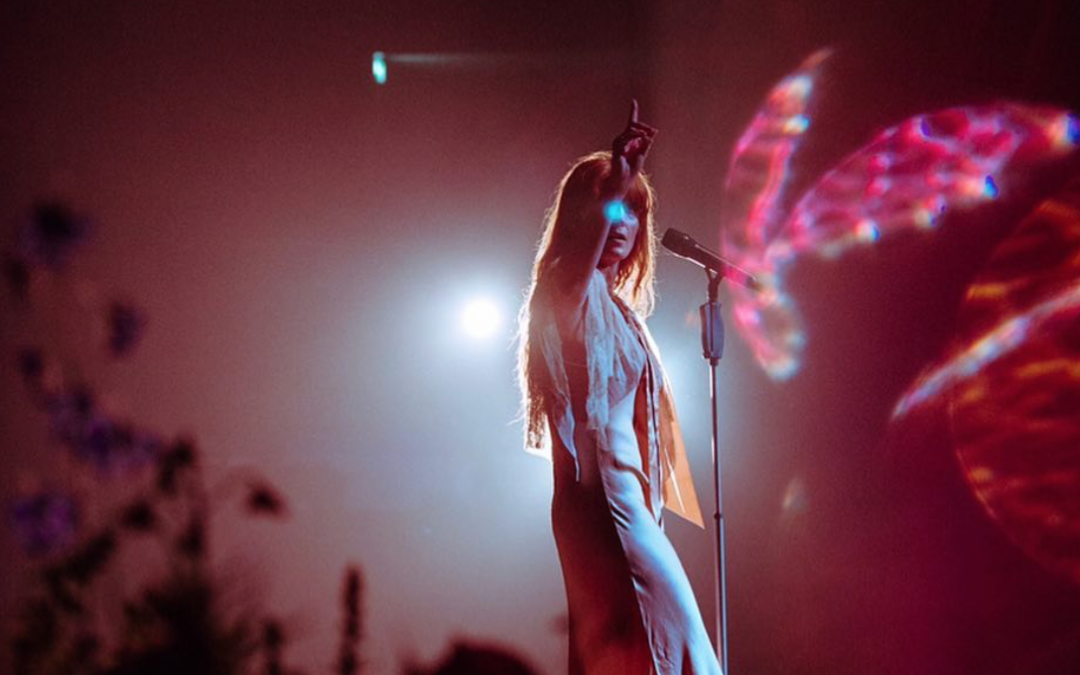 Ethereal fairy queen, Florence Welch, and her band affectionately referred to as ‘the machine’ recently dropped a new single after a nearly 3 year absence from the music scene.

The new single titled ‘Hunger’ is sonically what we’ve come to know and love from Florence, complete with her signature vocals that half make you feel like you’re in church, and half make you feel like you’re running through a field somewhere that’s far more beautiful than Los Angeles. Still, if I’m being completely honest, it’s been hard for Florence to top her debut album ‘Lungs’ and the punch her initial debut onto the music scene had. Don’t get me wrong, both ‘Ceremonials’ and ‘How Big, How Blue, How Beautiful’ were incredible albums that I love, but there’s nothing quite like ‘Lungs’.

The release of ‘Hunger’, however, has many excited about what a new album from Florence might sound like. Vocal ability aside, it’s the lyrics to this new single that really seem to be resonating with people. Long ago Florence once wrote the following about her music and the feelings she wanted to inspire through it.

“I want my music to sound like throwing yourself out of a tree, or off a tall building, or as if you’re being sucked down into the ocean and you can’t breathe. It’s something overwhelming and all-encompassing that fills you up, and you’re either going to explode with it, or you’re just going to disappear.”

Now, not only is this quote stunning just on its own, but it’s idea has permeated pretty much every song she’s written since. Focusing on the ways we look for love in all the wrong places, ‘Hunger’ takes a hard look at how we break ourselves down to cope with our own loneliness or hunger, but more importantly, it inspires us to learn from these bad habits and grow.

Considering the fact that this new single was originally written to be a poem and not a song, I’m especially interested to hear how her new album will sound, and whether or not the ideas behind ‘Hunger’ will act as an overall theme. Guess we’ll just have to wait until June to find out!