This is my Story

I grew up in a broken home. My mom had about 4 failed marriages and I saw my dad maybe once a week. My mom was a worship leader for many years and had her attempts at making records. My dad won awards for his poetry and continues to write.

I have two older brothers by my mom, Jake and Justin, who both have different dads and I have two brothers and one sister by my dad, I am the oldest, then there’s David, Xochitl and Julian, who have the same mom. I was raised partly by my grandmother and she lived in a rough neighborhood in Santa Rosa, where I spent most of my youth.

The people I hung around listened to rap music so I developed a taste for it as well. I grew up listening to Hip-Hop and Rap from artists like: Dr.Dre, Snoop Dogg, Ice Cube, Tupac, Mac Dre and everyone he’s associated with. My brother Jake was the brother I was close to (my brother Justin was a meth addict and David lived with his mom) and he started recording music in his room. He got a free recording program called Audacity and he had a Compaq desktop computer. He got a cheap microphone and made a popscreen out of pantyhose. One day he left his door open and I sneaked into his room and wrote a song. I downloaded the “Big Poppa” beat by Notorious B.I.G. and figured out how to record a song. When he had found out that I snuck into his room and recorded a song he was furious and called me into his room to tell me to never step foot in his room again. He played the song while his friends were there and they actually liked it. Unfortunately he deleted the song. I then started up a few recording locations using the same system which lead me to start recording songs. I kept recording and rapping in cyphers at parties and I haven’t looked back.

I currently am performing at local shows, releasing new music, and working on my first studio album. I signed a twelve song deal with an Indie label called New Vintage Artists. So stay tuned for new music and appearances! 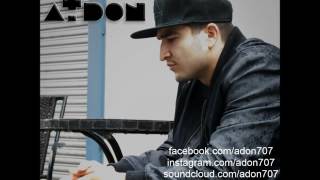 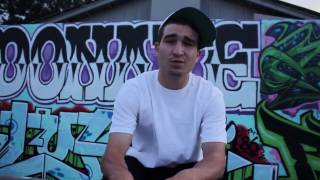