This is my Story

Toting his Kansas City musical chops, a young Hoytus Rolen arrived in San Francisco during the “Summer of Love” where he lit up the scene as a studio musician and songwriter with ROYAL ASHBURY STUDIOS from 1969-1974, working with MERL SAUNDERS, MIKE MATHIS, RONNIE BECK, DONNIE BECK and HERBIE RICH.

From there, Hoytus signed with a subsidiary of FANTASY RECORDS working with ROGER COLLINS and MERL SAUNDERS. Next came a contract with I.N.S. RECORDS doing vocals, guitar, keyboards, and arranging for many company singles.

In 1977, Hoytus migrated to the rich musical scene in Sonoma County, California, playing with the WILLIAM HERLY jazz trio, JEROME ARNOLD, GENE WILLIAMS and others. In 1978, he formed the band, “FREE FALL”, followed in 1979, by “GYPSY,” while collaborating with percussionist, PAUL STUBBLEBINE on JAMES BLUEWOLF’s “STRIKE THE DRUM” project with ROGER TROY, MIKE BRANDENBURG and others. His next band “ALEGRIA,” with MICKEY HART of the “GRATEFUL DEAD,” featured Hoytus’ original tunes. After hearing his originals, FLORA PURIM and AIRTO MOREIRA requested his collaboration on the “HUMBLE PEOPLE” album.

Today, Hoytus is signed with the NEW VINTAGE ARTISTS label and his band “HOYTUS with CUP OF SUNSHINE” is letting fly with original tunes from his recently-released CD, “HIGH FLY. 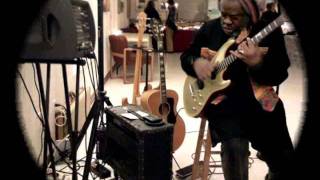