This is my story

In a career spanning more than 45 years (so far!), percussionist Mingo Lewis has played with some of music’s greatest names, including Chick Corea (and Return to Forever), Al DiMeola, Santana, and the Tubes. He has performed live and/or recorded with hundreds of musicians such as Third World, Miles Davis, Todd Rundgren, and Billy Joel. He has recorded over 100 records, many of which were Grammy winners.

Mingo’s childhood was saturated with music and musicians. His father, Jimmy “Babyface” Lewis, was a blues singer and guitarist, well-known at New York’s Cotton Club and the Apollo Theater. Jimmy’s closest friends were Miles Davis and Thelonious Monk, and the two would often visit the family.

With such musical luminaries surrounding him, it was inevitable that the boy would begin playing early. He started with brushes on just a snare drum and a cymbal, jamming with his father, who would wake young Mingo up in the middle of the night to play with him and his friends. Over time, Mingo learned to groove with the masters. Monk, Miles, Max Roach, Art Blakey and countless others were frequent visitors to the house.

From age 6 to 12, he was steeped in jazz, funk and soul music. Upon entering junior high school, he became enthralled with Latin music, quickly becoming involved in the swinging Latin music scene in New York.

One night, the Santana band was in town to play at Madison Square Garden. It happened that the percussion section had quit the afternoon before the gig, and Carlos and the band were left scrambling to find a replacement. When the show’s promoter got word that Mingo, who had been dragged to the show by a friend, was in the house waiting for the show to begin, an impromptu audition was arranged, and with only minutes to spare, Mingo filled in. It was the beginning of what would become a three-year relationship with Santana, during which they toured the world and recorded the studio albums Caravanserai and Love, Devotion and Surrender and the live LP Live at the Crater Festival.

Over the ensuing years, he worked on some highly acclaimed pop and fusion records, including Billy Joel’s Turnstiles, Todd Rundgren’s Nearly Human, XTC’s Skylarking, David Byrne and Brian Eno’s My Life in the Bush of Ghosts, and a handful of Al DiMeola’s early works. Additionally, he began to develop a teaching practice, one focused on understanding each individual student and teaching according to his or her needs.

Mingo Lewis’s newest music project is called Room of Voices. Room of voices is a new direction in music and a collective of world sounds. Prepare your mind, body, and soul to take a journey through the multidimensionality of this music. With waves of funk, psychedelica, reggae, world, dance, dubstep and fusion music, Room of Voices creates a quest of inner depth to its listeners. The band consists of Mingo on drums and lead vocals and his partner Karissa “Sound Sapien” who plays synthesizers and vocals. It is amazing the powerful sound that just the two of them create together. Many have said that this 2-piece band is ground breaking in the world of where live meets electronic music.

As a player/composer/producer, Mingo Lewis is in the business of making real music, in real time, with real people: relaxed, breathing, grooving music. As a teacher, his project is to convey the depth and beauty of music, as a whole, to whoever is lucky enough to cross the threshold of his basement studio. 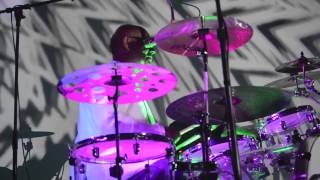 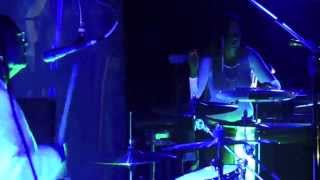 Room of Voices Live - Glow in the Dark Night 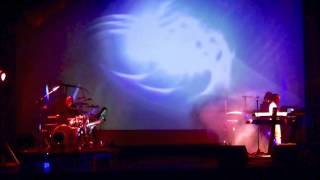 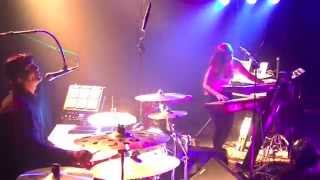 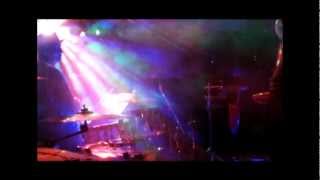