Your Fresh and Sexy Spring 2018 Playlist has arrived 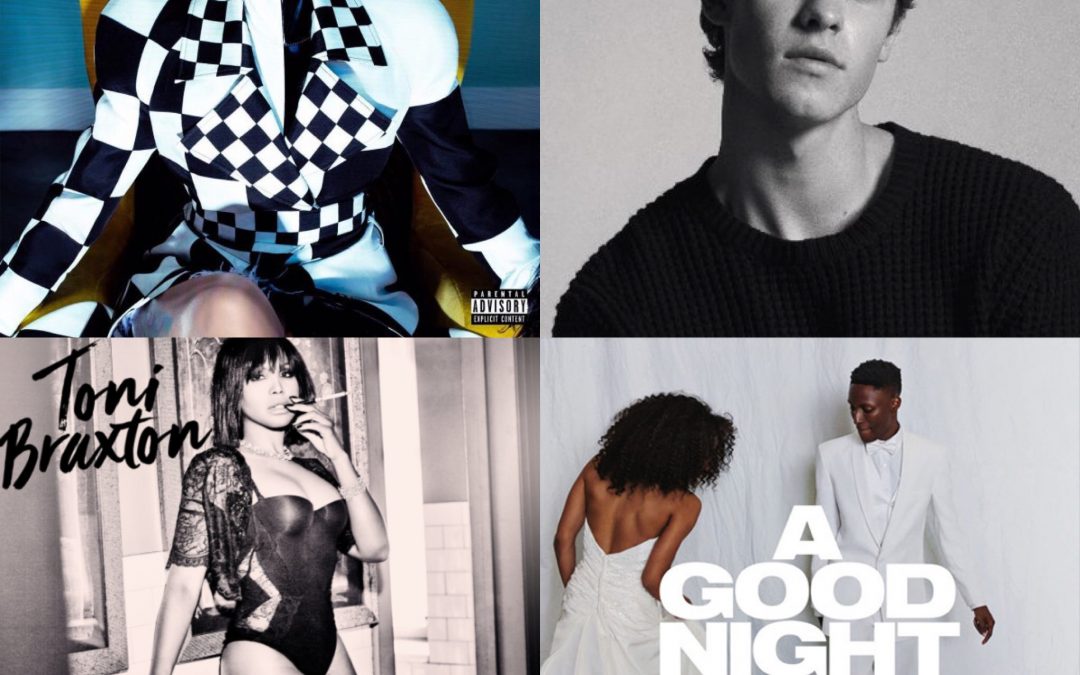 Spring is an exciting season for playlists. As the weather warms, the leaves return to the trees, and life returns to the natural world, that feeling of freshness and vibrance is often felt in the air and in the music.

CARDI B  “Be Careful”

Released as the third single from her smash debut album, Cardi B reveals a different side of herself as an artist on “Be Careful,” which notably features a different sound and flow than her preceding hit singles. It’s refreshing to hear Cardi get introspective and poetically candid about her personal life, which has recently included her fiance Offset’s very pubic infidelity. The result is an impressive analysis of the dynamics of modern millennial relationships, with a biting hook:

“The only man, baby, I adore

I gave you everything, what’s mine is yours

I want you to live your life of course

But I hope you get what you dyin’ for

Be careful with me, do you know what you doin’?

Whose feelings that you hurtin’ and bruisin’?

You gon’ gain the whole world

But is it worth the girl that you’re losin’?

Be careful with me

Be careful with me”

Fresh off the success of his starring role in NBC’s live Jesus Christ Superstar, John Legend released this undeniable groove as a serious contender for the official anthem of Spring 2018. Legend himself suggested as much when he took to Twitter on April 5th to release the single, commenting: “Your spring bop has arrived. My new single #AGoodNight feat. @BloodPop is out now.”

The song has an infectious, feel-good spirit with a hook offering a feeling we don’t get much of in media these days: optimism. The baseline is funky, Legend’s vocals are sexy AF, and also, you can get a very badass walk goin’ to the beat. Get into it.

DRAKE “Nice For What”

After sitting atop the Hot 100 for eleven straight weeks with “God’s Plan,” Drake managed to deliver another instant smash. The only problem you could possibly have with “Nice For What” is that it doesn’t give Lauryn Hill a feature credit, since it takes it’s hook from her iconic “Ex-Factor.” Otherwise, Nice For What is nearly perfect. It’s video features cameos from Issa Rae, Rashida Jones, Tracee Ellis Ross, Olivia Wilde, and Zoe Saldana, but manages to properly celebrate these women instead of merely objectifying them. This is a windows down jameroo.

TONI BRAXTON “Long As I Live”

Do. Not. Sleep. On. This. Song. Toni Braxton’s “Long As I Live” is one of the freshest grooves of the year. Released from her brilliant new album Sex & Cigarettes, the track finds Braxton in perfect form, masterfully riding a sultry two-step beat. The impressive music video sees Toni, now 50 years old, looking like she just stepped off of the set of her iconic 2000 smash video “He Wasn’t Man Enough For Me.” She looks flawless, sounds strong as ever, and settles into doing what she does best: giving heartbreak anthems a sexy pulse that feels truly authentic. This slow-burn will find itself on repeat.

Following the success of consecutive hits “Location” and “Young, Dumb, & Broke,” Khalid teams with Fifth Harmony alum Normani for this laid back, stoney jam. Normani, fresh off the announcement of her new solo deal with Keep Cool/RCA Records, shines while delivering a textured and exciting vocal performance.

English singer-songwriter Ella Mai has been quietly developing over the course of series of EPs after being signed to DJ Mustard’s 10 Summers label. But her new single, “Boo’d Up,” appears to be a breakthrough moment for Ella at the perfect time. The track is the epitome of springtime freshness, describing unexpected love over instrumentation that’s nostalgic of late 80s R&B hits like Tevin Campbell’s “Can We Talk.” The track is steadily climbing up the charts with good reason – it’s a groove!

Shawn Mendes is maturing from a teen pop heartthrob into an admirable adult artist ever-so-gracefully in front of our eyes. His new single “In My Blood” covers new ground of vulnerable lyrical territory detailing Mendes’ own struggles with anxiety. The result is a pop smash with soaring vocals and a Kings Of Leon climactic hook.

When Tinashe released a trio of singles in advance of her new album Joyride, the Offset-assisted “No Drama” got the main single treatment, as it was clearly the most radio-friendly. Unfortunately, “Faded Love” is the real highlight, featuring airy vocals from Tinashe sounding beautifully lost in love, complimented perfectly by Future who joins in halfway through. The track deserves more attention, and if handled properly, could be the hit she’s been waiting for ever since she ruled the charts with “2 On” several years ago.